Leaves in a Row 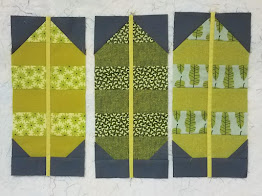 In January when we started Spectacular Savanna by Elizabeth Hartman, making the Leaves blocks seemed SO far in the future!

Now here we are, leaving. . . or is that leafing? I'll have to think about that.

Several times I thought about just "whippin  up the leaves" because the looked like they were no brainers and could be done in a flash.

They took longer than I expected until I made a few and realized there was a better way,

Here's what I learned:

The pattern uses 3 sets of 2 fat quarters for the leaves. So you'll end with 8 of each colorway.

Elizabeth also made the choice of cutting each of the 6 "strips" for each of the 24 leaves then sewing them together before trimming them to size.

Even though it's strip piecing, it  took a long time and was fiddly for me.

Disclaimer: If you are using directional prints this may not be the best way for you.

I laid out my 2 FQs selvage on selvage, right sides together and cut 6 "pairs" of strips lengthwise on the FQ.

Then I just picked up each pair and sewed it along one edge. (Just make sure you have the same fabric on top each time you sew.)

That gave me 6 long strips with two fabrics each. 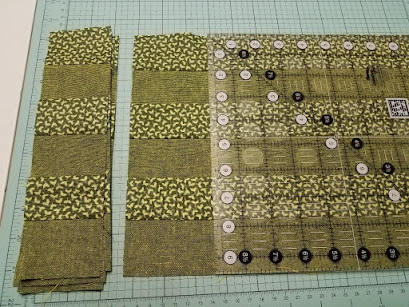 I sewed those into 2 sets of 3 paired strips.

Now you are ready to add corners and stems. 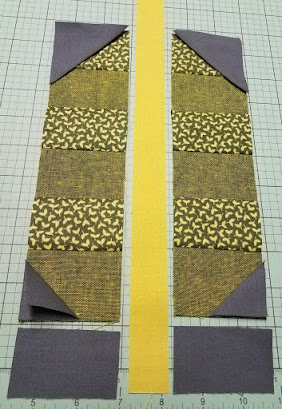 Hopefully by now you know I prefer to glue baste with WASHABLE school glue rather than pins.

I especially prefer it when adding this kind of snowballed corners. I put the WASHABLE school glue in a fine line outside of where the seam allowance will be trimmed.

It's close enough to  keep the corner in place while sewing but far enough away that it will be trimmed away with the bulk after sewing.

If you are wondering how much glue to use . . .  I'm using the same bottle I've been using since I learned this method over 2 years ago. I have about 1/3 of the bottle left. A rule of thumb is, if it makes your seam stiff, or seeps out of the seam and sticks the project to the table, you've used too much.

However, if you use too much, it will wash out. No worries.

The only way I know of to get that fine of a line is using Sharon Shamber's Micro Fine glue bottle tips. (This is not an affiliate link. I just really think everyone should be using this. It changed the whole way I work with quilts, particularly binding!)

When sewing multiple items that are all the same, you really should be chain piecing.

Assemble the leaves in batches of 8 since that's how many you'll make from each colorway.

Start with one corner. Sew all 8 of this corner onto all all 8 pieces without breaking thread.

Then sew the next corner. Sew all 8, etc.

Don't forget to press and trim between each step.

Elizabeth doesn't give us pressing instructions. (I thought I read somewhere to press seams open. I can't find that now. I don't do open seams unless they have extreme bulk that requires a smack with a hammer to flatten).

We get to decide which direction to press that 1/4" stem.

First, I pressed both seams to the stem. That worked ok on the first leaf but on the second one I had to trim the seam allowance to get the second seam to nest. (That's a commentary on my "straight" sewing.)

After that I tried pressing the first side to to stem and the second one in the same direction. That way was probably the least bulky but some of the seams didn't lie flat when folded over themselves.

In the end, I pressed the first side to the stem, then before sewing the second side I moved my needle over 1 click. That made the second seam lay nicely on the first seam but my stems are a couple of threads wide.

That may become I problem when compounded over 12 leaves. I may have to adjust  for it when assembling the quilt top.

Speaking of Assembling the Quilt Top. . .

I've already cut the sashings for the leaves and sewn the top and bottom rows together.

Nothing out of the box there.

Just sew a sashing on the left (or right, it doesn't matter which) side of each leaf block, then arrange them as you like (I followed the arrangement on the front of the pattern book).

Sew them together. Don't forget the sashing on the both ends of the row. Done.

Next time we'll start putting the critter sections together.

First an update of Pattern Pastiche. The migration to the new social network platform that began August 6 was expected to take 2 days. Because we know how the world really works, we scheduled a week for the site to be down. We are now into week 4 and still getting some run-around from the hosts. UGH! We've got enough invested into it now that we're going to wait it out. So Pattern Pastiche is down for now. I'm really missing my friends who live in my computer.

The Quilt Pattern Magazine is still going fine. You can still subscribe. Don't forget to use the discount code SP. 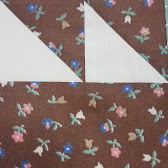 My Rustic Queen Mystery is on Part 4. The reveal and assembly follow in October. Did you get the correction for Part 3? Ugh! I don't know what I was dreaming about when I proof read that pattern. 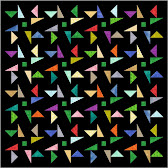 The Fireworks Show is a pattern that came out of the 9 patch Design Challenge we did at Pattern Pastiche at the end of last year/early this year.

It's a simple-to-make scrap buster that uses jewel tones and bright fabrics against a black background. Some of the testers made it with light background which also worked.

This pattern in the September issue of The Quilt Pattern Magazine. 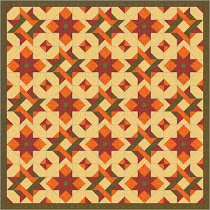 My Autumn Entwined turned out gorgeous. This pattern is in the August 2020 issue of The Quilt Pattern Magazine. It's still available for download if you subscribe before September ends. 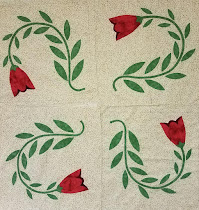 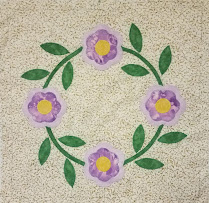 You can still catch up. I'm using fusible and machine applique so it goes pretty fast. 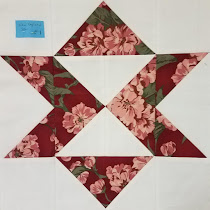 And I've got my first star block made for Bonny Peters' Starstruck sew along. 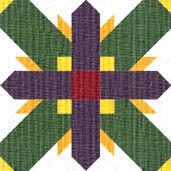 You can catch up this sew along too. We're not too far along.

Simple Yet Elegant and Starstruck are on hold while we wait for the site migration to finish. The block instructions usually expire in 3 weeks but those dates will extend to reflect the site to come back to life.

Nan Baker's Final Spin quilt along starts in this month's issue of the The Quilt Pattern Magazine. Nan has a flair for designing quilts that look more complicated than they actually are. Join us for this awesome project.
You'll need to be a subscriber of the magazine to join Nan's group.
Use the code SP for a subscription discount.

Well that's about the size of it. There is lot's going on in my sewing room. I hope yours is getting its fair share as well.

See you next time!